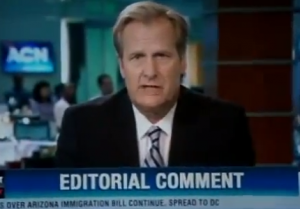 “I didn’t realize there are ‘coverage areas’ for news… Too bad huh?”

These words came to me in [a comment posted to our Facebook page](https://www.facebook.com/dailychronicle/posts/10151183204615874?comment_id=24581150&offset=0&total_comments=8) in a thread complaining about our lack of coverage of a house explosion in Harrison that badly burned a 34-year-old woman.

>It’s so sad that to find LOCAL news we go to Missoula or Billings papers and news stations. I went here first thinking it is our local newspaper and cannot find the article about the home explosion in Harrison yesterday. Thankfully, the lone occupant of the home survived and is in Utah. Thanks for the LOCAL coverage, Bozeman Daily Chronicle. No wonder I don’t read this paper…

>They will tell you it’s slightly outside of their coverage area……….huh? Since when does a paper have a “coverage area” and then why do they print ANYTHING that’s going on in the world!?

This thread made me unreasonably angry when I read it Monday morning, but I managed to keep myself from writing anything in response because I knew that anything I wrote was going to be snarky. And on the Internet, snark seldom helps any situation.

No, a long-form response was in order because this series of comments contains a few misconceptions about newspapers and media organizations in general.

Specifically, I get the idea people think we have a **magic wall map** that lights up with the precise location of any newsworthy event worldwide. And under the rules of this universe, if we don’t cover something, it must have been a conscious (and, of course, *political)* choice.

Granted, there are times when our regular checks with police in the area will reveal that something happened. However, in practice, cops are reticent and only answer the questions you specifically ask them. (And asking them, “Is there anything else you’re not telling me?” seldom works.)

What this means is that if we can’t see it out the window, hear it or listen to it live on the scanner, **we don’t know about it until someone tips us off**.

This is why we implore people for news tips on our Facebook page and website, why we print our phone number on every section front page in the paper. **We want you to call us and tell us your news so that we can report it to our wider audience.**

So, when the house exploded in Harrison on Sunday, Harrison being approximately 50 miles from our office in Bozeman, we didn’t know about it. This also leads me to the second subheading:

The news cycle may be 24 hours long in New York City and Washington, D.C., but it isn’t in Bozeman. For as long as I have been working at the paper, and that’s coming on eight years now, we have never had people working in the newsroom ’round the clock.

Why? I don’t know, actually. It would be awesome to have someone working a night shift. However, we are suffering from the effects of the recession as much as anybody — newspapers seem to be taking a hard hit these days. I don’t think we could afford to hire someone for overnight right now.

Back to the subject at hand and what I’m meaning to say: We are lightly staffed on the weekends, especially Sundays. Without giving away too much, suffice it to say that we could not have sent someone 50 miles to cover the explosion on that day without leaving the city of Bozeman woefully under-covered.

Well, you say, nothing happened in Bozeman that day anyhow, certainly nothing on par with a house explosion.

True enough, but show me the crystal ball that can tell me that ahead of time.

We have all seen the movies — even journalists watch journalism movies. The tireless reporter works doggedly, sacrificing his or her personal life, health, safety and even reputation to “get the story.”

Timecards, wages and overtime are given short-shrift in these films, to say the least.

Let me say that I know some great reporters here at the BDC who are dedicated to their jobs and genuinely want to do good work. However, the image of the crusading and self-destructive journalist is a myth — or at least is better reserved for the dog-eat-dog world of East Coast journalism.

Reporters are people. They are working a job. Asking them to work more than 40 hours a week — when we can’t really afford the overtime — is reserved for extraordinarily rare circumstances.

Considering that we didn’t know about the explosion until Monday, the day after it happened, I can’t say whether I would have sent her out to Harrison had we heard about it live. Perhaps, but as an editor you have to consider the resources you have available and whether they are best deployed in the field or by making calls from the office.

Sometimes, and you may be shocked to hear this from a newsman, making calls from the office is a far more efficient use of time and energy, and likely the resulting story will be the same.

But nothing. The Gazette didn’t send anyone to Harrison. Before you start myth-building in your head about the tireless, do-gooder, 24-hour-news-cycle reporters in the Magic City remember that the explosion was first covered by the Montana Standard, *not* the Gazette or Missoulian.

The [URL to the story itself](http://mtstandard.com/news/local/propane-fueled-explosion-levels-home-in-harrison-woman-found-alive/article_79099e4a-f57a-11e1-933e-001a4bcf887a.html?utm_source=twitterfeed&utm_medium=twitter) doesn’t work anymore, probably because they updated it since and changed the address.

The Montana Standard (49 miles from Harrison) probably sent a reporter that day, which is how they got a story (later picked up by the AP) and a photo.

I’m not sure how they heard about it. Perhaps they have better staffing on Sundays and more scanners picking up neighboring counties’ emergency traffic. I don’t know.

Now, the Standard is owned by Lee Enterprises, which also owns the Gazette, Missoulian, Helena Independent-Record and a few other papers in Montana (not the Chronicle).

Those Lee papers share content between each other before they share it with the Associated Press bureau, which is why it appeared on the Gazette site before it was on the BDC site. Owing to the large amount of traffic the Gazette’s site gets statewide, it’s no wonder people thought they reported it first. It certainly looked like they did.

I’d like to say Harrison is within our coverage area — the geographic area in which we have the resources to send news gatherers. It used to be. Heck, we used to have a reporter who handled solely “outlying communities.”

No more. The recession has take a toll. Our newsroom like many others has shrunk. As a consequence, we have had to narrow our coverage, making decisions about whether to send a reporter out to a far-flung location more of a big deal than it used to be.

I know I promised to avoid snark by writing in long-form, but I can see now that didn’t happen. I apologize. I’m passionate about my job, and I take personal offense to people telling me I’m doing it badly — especially when they don’t know precisely what my job is.

* **People don’t understand how the news business works** — a failure on the news business’s part and not the readers’.
* **Newspapers have coverage areas** limited by their ability to easily send reporters there to cover news. These depends on staff sizes and on staff hours.
* **We don’t know everything** that happens in a community automatically, which is why we appreciate our readers and their news tips so very much.
* **We appreciate all your feedback**, especially when you are chiding us for something. It tells us what we are doing wrong by you and how we can improve.